Arnold Schwarzenegger is the most legendary bodybuilding figure of all time. No shock, he appears at the top of this list.

Arnold was born in Austria on 30 July 1946. He was the second son of a policeman. He has been influenced by the moral upbringing of his parents which attached too much of his success.

Arnold’s professional competition started when he won the Junior Mr. Europe contest at the age of 20 years, and he was the youngest person to have this achievement. He went to America after this success.

He worked towards the goal to prove himself the greatest bodybuilder of the world. From 1971 to 1975, he won the title of Mr. Olympia.

Seth Feroce was born on November 21st, 1984 in the United States. During his young age, Seth studied with several sporting activities just like most of his peers in a quest to acquire strength and confidence. He engaged in sports like wrestling and football.

In 2010, he competed in the 202 Division Europa Super Show organized by IFBB where he got the gold medal in the lightweight category. As Seth Feroce gained more popularity, he decided to increase his training and chest workouts.

Now he lives in New Kensington, Pennsylvania, previously from Cleveland, Ohio. He married Elise Feroce, he trains his daughter. Seth is a personal trainer as he coaches people in his Feroce Iron Academy. His height is 5 feet and 5 inches. He is 35 years old now.

William Kazmaier was born on December 30, 1953, in America. He is a former world champion powerlifter, world champion strongman, and professional wrestler. Boiled eggs were one of his best diet.

Throughout the 1970s and 1980s, he hatched many powerlifting and strongman world records and won two International Powerlifting Federation World Championships and 3 World’s Strongest Man titles.

In 1980, he became popular for his right to be “the strongest man who ever lived” by reaching and surpassing spectacular and versatile feats of strength of great strongmen of the 20th century. He is considered to be one of the all-time greatest contenders in strength competitions.

His nickname is “Kaz”, and he is the youngest child of William Bartholomew. His father had soda water bottling plants. He has a son, Eric, and lives in Auburn, Alabama. He is 66 years old and has 6.3 feet in height.

Dorian Yates was born on 19 April 1962, in England. He is an English former professional bodybuilder. He got the Mr. Olympia title six continuous times from 1992 to 1997.

He is generally considered to be one of the top bodybuilders in recent history and is most well-known for his wide and thick back.

Yates is married to Brazilian fitness model Glauce “Gal” Ferreira, who won the IFBB South American Body fitness event and was also IFBB World Body fitness Champion in 2007. Protein was one of his best diet in whole career.

His son, Lewis, from a previous relationship, has also carried up bodybuilding and works similarly with his father.

Ronnie Dean Coleman was born on May 13, 1964, in America. He is an American professional bodybuilder. The winner of the Mr. Olympia title for eight years in a series, he is generally regarded as one of the most famous and greatest bodybuilders of all time.

Coleman met French Lebanese personal trainer Rouaida Christine Achkar at a festivities show in Paris, and they were married in Beirut on December 28, 2007. They divorced soon after that.

Later on, on April 11, 2016, he married personal trainer Susan Williamson. He has four children now.

Jason Isaac Cutler was born on August 3, 1973, in America. He is an American professional bodybuilder. He is a four-time Mr. Olympia winner in a row from 2006 to 2010.

He was much motivated to enter bodybuilding after meeting special trainer Marcos Rodriguez. Cutler exceeded in bodybuilding, aspiring to be one of the largest competitors ever, and got his first overall win in 1993 at the Iron Bodies Invitational.

His first competition was the 1992 Gold’s Gym Worcester Bodybuilding Championships, at which he took the second position overall.

In 2012, Cutler was incapable compete at Mr. Olympia due to his biceps injury. Cutler competed in the 2013 Olympia and got the 6th position.

Brandon Curry was born on October 19, 1982, in America. He is an American professional bodybuilder who fights in the heavyweight division. He is the 15th Mr. Olympia and currently owns the title of Mr. Olympia.

Curry is married to his girlfriend, Brandy Leaver. They have one daughter, named Zoey Curry, and three sons.

Lee Andrew McCutcheon was born on 6 July 1972 in Australia. He is a professional bodybuilder and athlete. The 1986 Sydney Bodybuilding Classic was his first bodybuilding contest.

Lee attended Plattsburg Primary School for his early education. He has only one sister, who is two years older. Lee’s mom also was a bodybuilding competitor and performed with Lee on stage posing together once.

He is married to Cathy Priest, who is also a beautiful female bodybuilder. They got married on July 1st, 2000 in Australia.

Lee Haney was born on November 11, 1959, in America. He is an American former IFBB professional bodybuilder.  Haney gives the record for most Mr. Olympia titles at eight with Ronnie Coleman.

He grew up in South Carolina. He is a graduate of Spartanburg Methodist College, where he got a degree in youth counseling. He married Shirley.

Now, he and his wife, Shirley, reside in Georgia. This couple has two children.

He was appointed the chairman of the President’s Council on Physical Fitness and Sports by Bill Clinton.

Francesco Maria Columbu was born on August 7, 1941in Italy. He was an Italian professional bodybuilder, author, producer powerlifter, actor, and a licensed chiropractor.

In fact, he was originally a boxer. He won the title of Mr. Olympia in 1976 and then in 1981. He also had an acting career and authored various books on nutrition and bodybuilding.

He won the Arnold Classic Lifetime Achievement Award in 2009.

On August 30, 2019, after enduring a heart attack while swimming off the coast of Sardinia, Columbu drowned and later died during transport by helicopter to the hospital in Olbia, at the age of 78.

Louis Jude Ferrigno was born on November 9, 1951, in America. He is an American actor, trainer, fitness consultant, and retired professional bodybuilder.

Ferrigno married Susan Groff in 1978 and divorced her a year later. On May 3, 1980, he married Carla Green, who then also began working as his manager; she later became a personal trainer of him. Now, they have three children.

Kenneth “Flex” Wheeler was born on August 23, 1965, in America. He is an American professional bodybuilder. He gained the Arnold Classic a then-record four times and was once represented by Arnold Schwarzenegger as one of the greatest bodybuilders he had ever seen.

Ronnie Coleman has said that Wheeler was the best bodybuilder he competed against in his whole career.

He announced his resignation from competitive bodybuilding in 2000 but continued to fight until 2003.

After his retirement, he focused on martial arts, his favorite being Keep-Kwon-Do, a variant of Kenpo, Tae Kwon Do, and Aikido. In 2003, he received kidney transplantation.

Kevin Mark Levrone was born on July 16, 1964, in America. He is an American IFBB Hall of Famer, professional bodybuilder, musician and blogger.

During his professional career in bodybuilding, Levrone competed in 68 IFBB Professional competitions.

He is considered as one of the best bodybuilders of the 1990s even though he never won the title of Mr. Olympia.

Since finishing his competition career in bodybuilding, Levrone enjoys playing other games like tennis and golf, etc. He has acted in many films and he is also a musician.

Chris Heria has built a name as a Street Workout Champion, Pro Bar Athlete, and Certified Personal Trainer in his bodybuilding career. He served the United States in the Street Workout World Championship and is a spokesperson of BarStarzz.

It is unclear, Chris has ever had a wife. But he is the only father of a son named Zen who was born in 2011.

Jackson is one of only three bodybuilders to have won both Arnold Classic and Mr. Olympia bodybuilding contests. 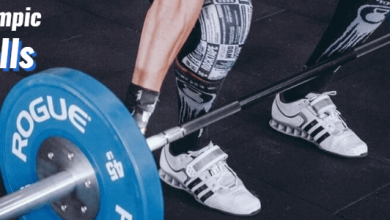 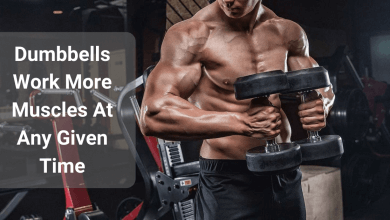 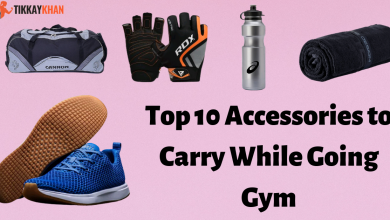 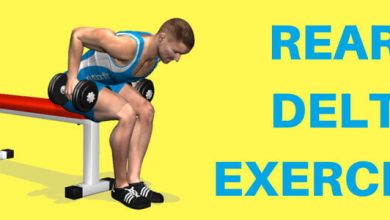 Rear Delt Exercises: How You Can Perform These Exercises Accurately?